Red, orange, marmalade? These are all color words to describe the Ginger Maine Coon cat.

This beautiful color is a standout for any Maine Coon cat.

What Constitutes Ginger In A Maine Coon?

The color Ginger is not actually a recognized color with the Cat Fanciers Association.

Ginger is in fact, another name for the recognized color Red. Orange is also sometimes used to describe reds.

The red color comes in solid, or if it is a very light red then a Red Cream.

There is also a Red and White bi-color. The classic Red Tabby with White below has the beautiful ginger colored body with darker red stripes and a white bib, nose, and socks.

Common Variants And Genetics Of The Ginger Color

All gingers are actually some form of Red Tabby.

A solid red color is a cat with a very low contrast in stripes making it appear to be solid. They all have a red base and a deeper shade of red markings or stripes.

The nose and paw pads are also red and they normally have striking golden or copper eyes.

They come in many shades.

Kittens will often start out very pale and their ginger markings will come in as they grow.

Just as humans have melanin in their skin which produces our “color” so do cats. Cats with ginger color possess the melanin shade pheomelanin.

Pheomelanin is the genetic pigment for red colors which replaces the eumelanin which is the black or brown pigment.

Different quantities of pheomelanin result in varying contrast from cream to solid.

Ginger cats have an O genetic sequence, O which is a sexed linked gene for orange coloring.

That is why most orange or ginger colored cats are males. The “O” is a dominant gene.

The ginger color is carried on the “X” gene which is the female chromosome.

A male cat has an X and Y chromosome. If his mother carries the ginger coloring in her X gene then he will be a ginger-colored cat. 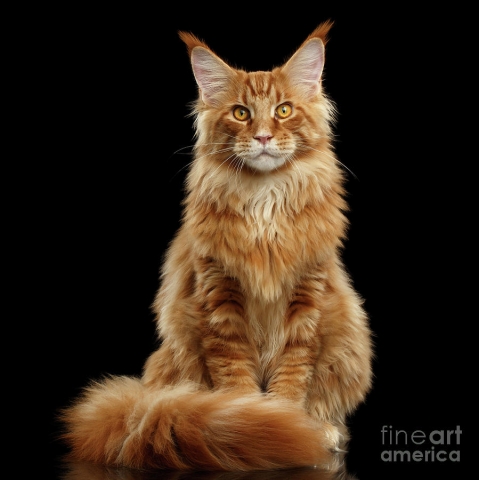 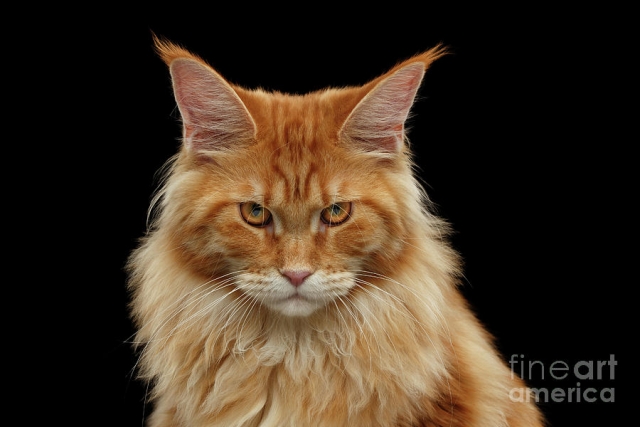 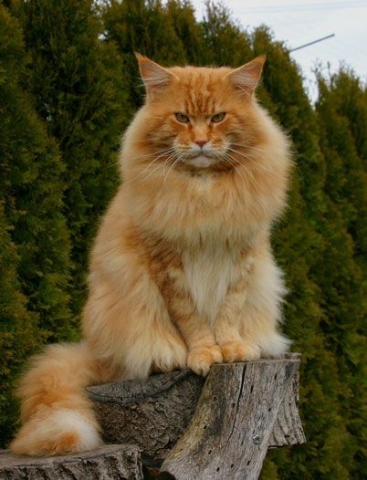 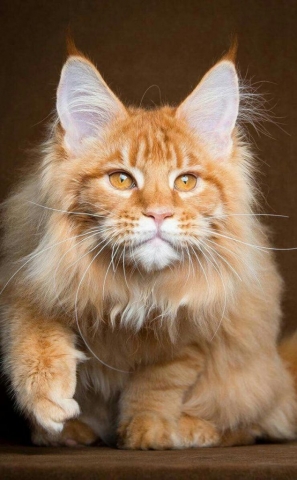 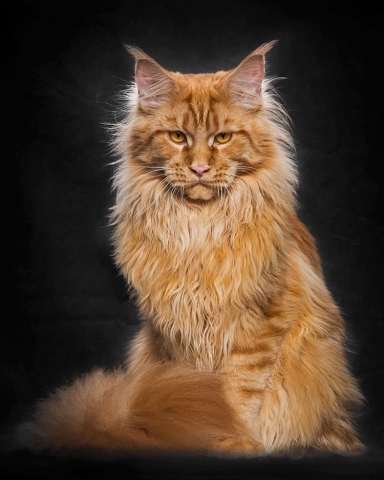 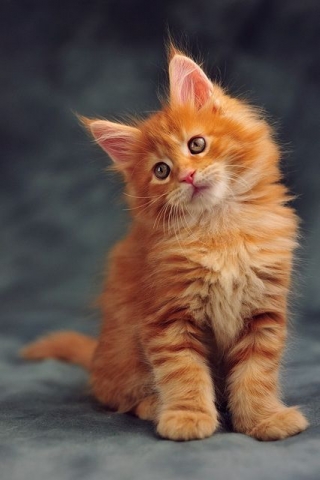 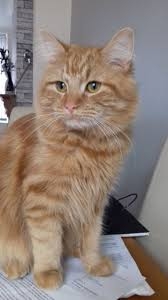 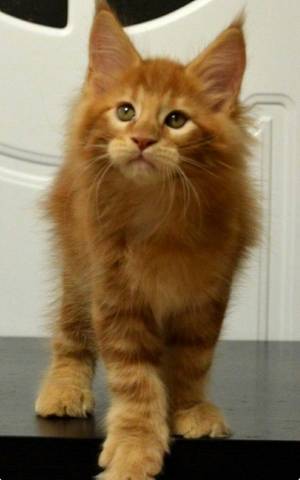 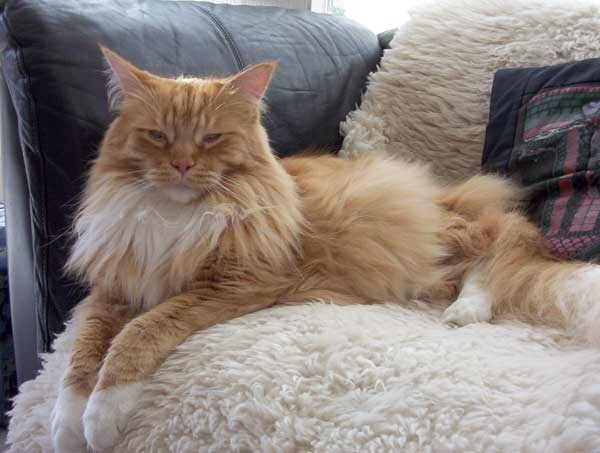 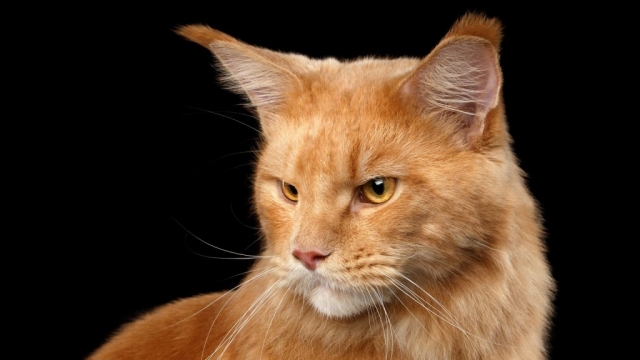 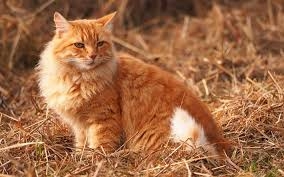 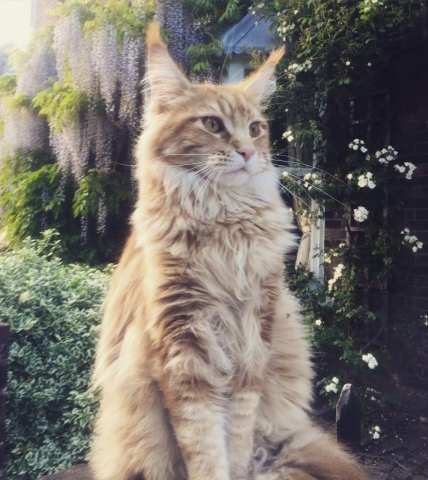 Hobie, the Maine Coon Cat is a beautiful ginger who has several videos on YouTube.

Hobie demonstrates many of the personality characteristics that we think of when we hear Maine Coon.

He thinks bathtubs and water are great fun, is very playful and shows great intelligence.

The cat below was 15 Best Cat of The Year for 2018 with The International Cat Association.

There is also Parsley, a Ginger Maine Coon from Scotland who has 7000 facebook followers of his own.

“A CAT is attracting tourists from fur and wide to a Scottish seaside town after building up a huge following on social media.

Parsley, a ginger Maine Coon, has nearly 7,000 adoring fans from all over the world.

With his own Facebook page, the friendly feline has dedicated followers from the USA, Argentina, Australia, New Zealand, Mexico, Pakistan and South Africa.

The three-year-old cat even has his own merchandise in the form of prints, coasters and key-rings which are available in a local gift shop in the town, which has just over 8,500 residents.”

You can check out the article here:

How Common Are Ginger Maine Coons?

Gingers are a popular and common color. Since two ginger colored parents will always produce ginger-colored kitten it is an easy color to plan for.

In the UK gingers are also referred to as Marmalade cats for the famous marmalade jam that the Brits so love. In fact, a series of books about Orlando The Marmalade Cat was written by British author Katherine Hale in the 1930’s.

Here is a video that shows a ginger Maine Coon

1 thought on “The Ginger Maine Coon”