Male vs Female Maine Coons – Which Gender Is Better For You? 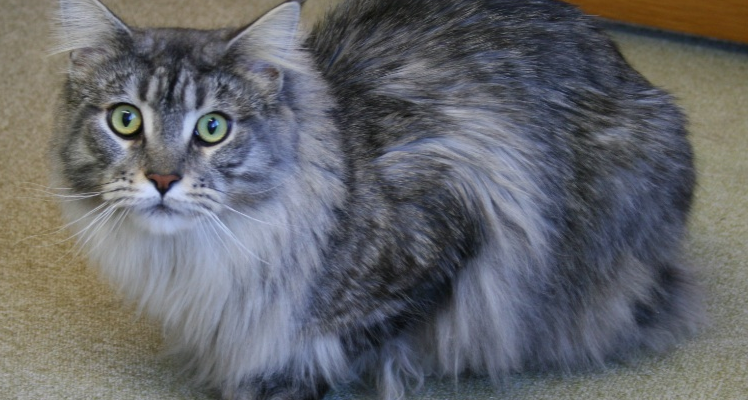 Male vs Female Maine Coons – Which Gender Is Better For You?

So you’re considering adopting, purchasing or otherwise owning a beautiful Maine Coon for your home. You’ve done a lot of research and you are dedicated to the decision. You’ve read the proper way to get your new cat used to its new home and made sure this is the breed for you. Now there’s just one question left, male or female? Read on as I explore the key differences between the two genders and hopefully it will make your decision easy. 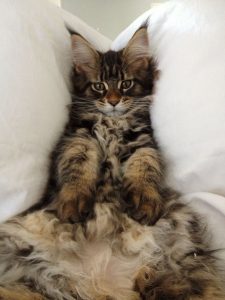 As you well know the Maine Coon is one of the largest breeds of domesticated cats, however, their size can vary greatly depending on whether you have a male or a female Maine Coon. The male, for instance, will (on average), be larger than the female, tending to reach between 12 and 18 lb while the females tend to be smaller at only 8 to 12 lb.

Not only are their weights different but so is the amount of space each will need to live and grow in. The males being naturally larger will need more room inside your home, so keep in mind just how much space you have when considering. Also, keep in mind they do not usually reach full size until they are 3 to 5 years old, so what may be a manageably sized cat now could be unmanageable later. A 20lb cat is a big cat.

The personality of the Maine Coon can also vary wildly between genders, and it’s also impacted by the number of others sharing the home and times of activity. Let me explain. The male Maine Coon tends to have a more outgoing personality than the female, requiring more attention than the more calm female.

Males also have a hard time becoming close to more than 1 person, whereas the female has little problem being close to everyone. So consider the number of people in your home who will be interacting with your Maine Coon when getting your new little (and soon not so little) friend. Another factor to consider is the Maine Coon is active at different times of the day, the males tend to be during daylight hours while the females are mostly active at night.

Problems to Look Out For

Now let’s talk about something that needs to be talked about. Spraying. No one likes it but your male Maine Coon is more likely to do it than your female, even when neutered at the appropriate age. No more than any other cat breed but it’s worth mentioning. Since the female tends to have a much more reserved attitude that this problem is much less of a problem, just keep an eye out on them and they should be fine.

Now let’s talk about being stubborn. The male Maine Coon is a much more stubborn and set in its ways cat than the female, after all as they mature they become harder and harder to teach. So with that in mind imprint those good habits early, since once they reach full maturity it will take much more time to teach them. On the other side of that coin though are the females, generally more easygoing and far easier to train into maturity. 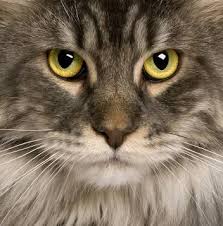 On average the lifespan of a Maine Coon is around 12 to 15 years old, and there is very little difference between the sexes. Since the Maine Coon is a sturdier cat meant to last through the New England climate they tend to be heartier than other cats, however, that doesn’t mean you should not take care of them.

The most severe threat to your Maine Coon will probably be feline hypertrophic cardiomyopathy (HCM), but that can be said for all cats since it is the most common heart disease in cats. If you have a male, however, be careful since they are thought to be more disposed to the illness than their female counterparts.

Spinal Muscular Atrophy (SMA) is also another health problem to be on the lookout for. It causes spinal-cord neurons to be lost, which is bad for not only mobility but for muscle and even bone health. Also if your Maine Coon is a mix with a Persian then be mindful of Polycystic kidney disease (PKD), which is basically the systems related to the kidneys. Just be sure to take your furry little friend to the vet on a regular schedule to make sure that anything that can be caught is caught.

Hip dysplasia tends to affect cats of the larger breeds, especially the males who are more susceptible . This is an abnormality of the nip that can cause arthritis among other things. Between 1974 and 2011 for instance out of all the Maine Coons whose x-rays are submitted roughly 24% were dysplastic. So keep this in mind should you notice anything funny about your Maine Coons walk or any limping. These could be signs of an underlying problem. 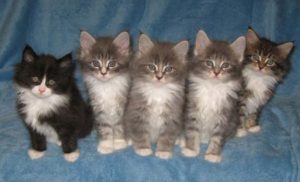 The Maine Coon is a large cat, even the females are thickly built and require plenty of protein and nutrients to ensure healthy growth. They have pretty high energy levels so best leave the generic foods alone and go for higher quality pet food. You want to make sure their food is natural if at all possible and make doubly sure they are eating meat, so check the labels and even speak with your vet about any other food-related suggestions. 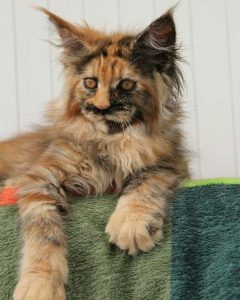 So as we’ve seen the male and female Maine Coon are very close in needs, however there are some key differences. From temperament to health risks make sure to talk to your vet and assess your living situation to determine the best for you. The Male would be better for a solitary owner who is OK with a high energy cat in the home with a few more latent health risks, and the female is better suited to a life with a calm family and needs less room. Don’t be afraid of letting either of them outside to explore just remember both tend to be indoor cats now, but do schedule vet checks especially if you have a male to catch problems and potential problems early.

So there you have it, several comparisons between the male and females of the beautiful Maine Coons. So no matter your choice, know that your hearty new friend is sure to turn heads and impress when your friends come over. So keep your cats safe and enjoy life with your new Maine Coon, no matter, whether it’s male or female.

As ever, for those of you that prefer a visual guide, I would recommend this video;

Tags :
Male vs Female Maine Coons. Which Gender Is Better For You?

1 thought on “Male vs Female Maine Coons – Which Gender Is Better For You?”

Alita likes to be a part in my life. She wants to

Our fev. place ( I think she also likes here) it's

The day that my neighbour came to visit . He was s

There is a cat lover event at a mall in my city. A

My dinner, my mom is so kind today, she made boil

Hello! If you are thinking to have a cat, I recomm

At a cafe in chiang mai, I really like to go outsi

Thank you for the presents.🙏🙏we will have go

I enjoying a trip out to the Mae Sa waterfall , wa

My mom always worry about my weight, she thinks I'