Differences and Similarities Between the Domestic Longhair vs. Maine Coon 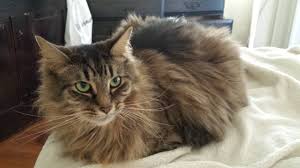 Differences and Similarities Between the Domestic Longhair vs. Maine Coon

The Maine Coon is frequently categorized as a type of Domestic Longhair cat. Yet the Maine Coon is its own unique breed distinct from all other specific long-haired cat breeds and from the mixed breed commonly referred to as the Domestic Longhair cat. When comparing any cats there will certainly be similarities, some of which can occasionally make it difficult to distinguish any particular set of characteristics to a breed.

Breed Origins: A Commonality of Mystery 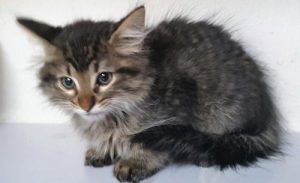 The origins of both breeds are largely unknown and high;y speculated upon. Pedigree organizations disagree over whether to categorize the Domestic Longhair cat as a distinct breed, but the first documented reference for them comes from 16th century Italy. When the Black Plague devastated Europe a century later, the Domestic Longhair’s stock soared as they proved to be particularly fine mousers. The first Domestic Longhairs are believed to have arrived on the American continent aboard the Mayflower in 1620.

The first official Maine Coon record comes from 1861, nearly 250 years later. As with the Domestic Longhair, the origins of this breed are not easy to accurately document, and romantic legends concerning their origin are abundant. What is known is that the breed became popular starting in the late 1800s but was eventually eclipsed by Persians. By the 1950s, Maine Coons were thought to be extinct. This proved to be premature, and the Maine Coon’s popularity has increased steadily in the decades since.

Many feel that this uncertain ancestry is part of what makes all these cats remarkable, since they were (at least until the 1950s) the product of pure, undirected pairings. What is even more remarkable is that short hair is the dominant gene among cats, meaning that any pairing of a long-haired and a short-haired pair will result in kittens who all have short hair. The recessive nature of the trait for longhair makes the Domestic Longhair and the Maine Coon both particularly special, in that these breeds arose and then, at least in the case of the Domestic Longhair, persisted naturally for so long without the guiding hand of humans.

The two breeds also have a beautiful range of gorgeous eye colors and either breed may present with copper, green, gold, or blue eyes. Both the Maine Coon and the Domestic Shorthair are also hardy breeds when it comes to the cold and will not be put off by snow or freezing temperatures. In terms of personality, there is at least one trait they tend to share: both are widely considered to be excellent mousers.

While both cats can have similar coloring, the Maine Coon has a coat of varying lengths while the Domestic Longhair will typically present with a more even length. The unevenness of the Maine Coon’s coat results in a less uniform look to the pattern, and the term “shaggy” is often applied in describing the Main Coon’s fur. While it is possible for both breeds to have ear tufts as well as neck ruffs, and feet tufts, the Maine Coon will typically be present with larger and more distinct versions of all these traits.

About the face, the two breeds can sometimes look similar, but for the most part have quite different features to the careful observer. Due to its rich genetic diversity, the Domestic Longhair can have either a shortened face or an elongated nose. The Maine Coon, in contrast, will always have a straight nose that is not flat. The Maine Coon is also known for its large eyes, particularly in the earliest stages of life. 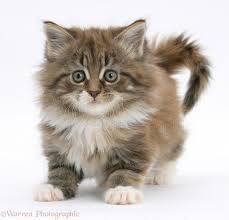 Differences of Personality – The Maine Coon is widely regarded as being a wonderful family cat with characteristics reminiscent of pack animals. They love to be with people and are often happy to greet guests. Maine Coons are also known for their regular vocalisations, sometimes looking straight into the eyes of their owner and “talking” in an almost intelligent manner. They typically have a loving demeanour and are often described as sweet, goofy, and loud. The Maine Coon is also unique among cats in being largely unconcerned about water. While it is possible to meet individuals among the Domestic Longhair breed that will be willing to go in water, members of the Maine Coon breed will frequently be found seeking out water and playing with it. In addition, the Maine Coon will typically be gentle and playful when engaging in hunting play.

The Domestic Longhairs, in contrast, demonstrate as much genetic diversity when it comes to personality as they do in terms of appearance. Domestic Longhairs can be shy and retiring, friendly and social, playful and intelligent, or lazy and aloof. They also have a reputation for talkativeness in comparison with some other breeds, but they do not do so as commonly as the Maine Coon nor do they demonstrate the same diversity in vocalisations as the Maine Coon when they do. The breed is also no more likely to enjoy or seek out water than other cat breeds. Where the Maine Coon tends to remain playful during mock hunts, the Domestic Longhair will be more inclined to see the game as a deadly serious affair.

Differences in Care – The Maine Coon’s long hair is surprisingly simple to take care of and most individuals are capable of fairly thorough self-grooming. The coat should be brushed once or twice a week to prevent mats from forming. In terms of health, the Maine Coon benefits from regular veterinary checkups because the breed can suffer from certain genetic disorders, notably spinal muscular atrophy, hypertrophic cardiomyopathy, and hip dysplasia. Because of the breed’s tendency to be large, it is important for individual cats to stay at a healthy weight for their size. Because the breed is so playful and so large, it is not unheard of for accidents to occur as an individual leaps off of household objects.

The Domestic Longhair, in contrast, typically needs far more grooming. Many individuals are not able to self-groom and regular brushings and even daily grooming sessions are crucial. While it is never wise to neglect veterinary visits for any breed of cat, the Domestic Longhair is not prone to the same sorts of genetic problems that can afflict the Maine Coon. The most common serious health issue afflicting the Domestic Longhair is diabetes, which is entirely a matter of diet. Since the cat is an obligate carnivore, it is not appropriate to feed any diet that includes large amounts of starches, sugars, or other carbohydrates.

It can be difficult at times to tell for certain which type of cat any individual may be. Additionally, crossbreeds are fairly common, so it is not unusual to find a cat that shows characteristics of both breeds.

Since such wide variation is possible within the Domestic Longhair breed, identification is usually best done by looking at whether an individual possesses all of the distinct Maine Coon characteristics:

1. Medium to long shaggy fur that does not easily mat if brushed

2. A distinctive set of ear tufts reminiscent of a bobcat or lynx

4. Large and round eyes

5. A large mane around the neck

6. Large and round paws with a distinctive tuft

7. An enormously long and luxurious tail that frequently drags along the ground

8. A rectangular, muscular body that is evenly proportioned

If an individual does not possess all these breed characteristics, it is unlikely to be a Maine Coon, though it certainly may be a crossbreed that contains Maine Coon in its ancestry. Crossbreds tend to lose a lot of the fluff that the purebred Maine Coon enjoys, and one of the first traits to disappear in crossbreeding is usually the neck mane. 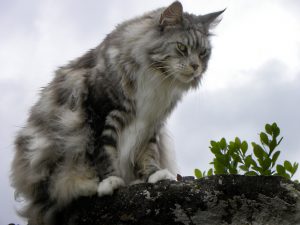 It can also be possible to distinguish a Maine Coon from a Domestic Longhair if an individual can be followed from birth simply by observing the time it takes for the cat to attain full size. The Domestic Longhair and any crossbreeds will typically reach their full physical maturity and size potential within two to three years. The purebred Maine Coon, on the other hand, usually takes five years to reach full adult height and weight. It is quite rare for a crossbreed to reach the same length as a pure Maine Coon.

Pros and Cons of Ownership 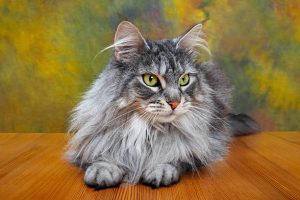 Maine Coons are valued for their excellent mousing abilities, ability to endure the cold, and friendly, intelligent nature. They are normally excellent family cats and, despite their somewhat menacing appearance, pose no threat to children or other household pets. Furthermore, while a long-haired cat of any breed will require more grooming than a cat with short hair, the Maine Coon’s coat is usually less labor intensive than a Domestic Longhair.

At the same time, the Maine Coon is a dedicated hunter and will hunt birds, mice, and even insects whether the owner wishes it or not. The breed is also subject to several very serious genetic diseases. Hip dysplasia is not life-threatening, but it is painful and can cause a lot of expense for the owner. Spinal muscular atrophy is also not life-threatening but again causes a weakening of the muscles and expensive veterinary care. Most seriously, feline hypertrophic cardiomyopathy (HCM) is life threatening and has a high fatality rate. One in three Maine Coons is believed to carry the gene for HCM.

The Domestic Longhair is also an excellent mouser and highly valued on the homestead. It also has the ability to endure cold. Genetically, the breed is typically very healthy and is not subject to the same genetic disorders that purebred cats can suffer from. The two downsides of the breed are the coat, which can be difficult and time-consuming to maintain, and the personality. While most Maine Coons can be relied upon to be friendly and loving, it is harder to know in advance what personality may come out of the Domestic Longhair’s genetic diversity.

The Maine Coon and the Domestic Longhair share a murky ancestry that almost certainly crossed at some point in the past. They both possess gorgeous coats, rugged resistance to cold, and excellent mousing instincts. Yet they are distinct, as the Maine Coon possesses unique physical traits and an excellent personality, while the Domestic Longhair typically enjoys excellent genetic health.

Both breeds can make wonderful pets and companions, and ultimately making a choice between the two involves seeing available individuals, evaluating the living situation, and taking into consideration personal preference. Either breed makes a valuable and cherished partner for life.

Tags :
Differences and Similarities Between the Domestic Longhair vs. Maine Coon

3 thoughts on “Differences and Similarities Between the Domestic Longhair vs. Maine Coon”