Can Maine Coons Be Small Cats? 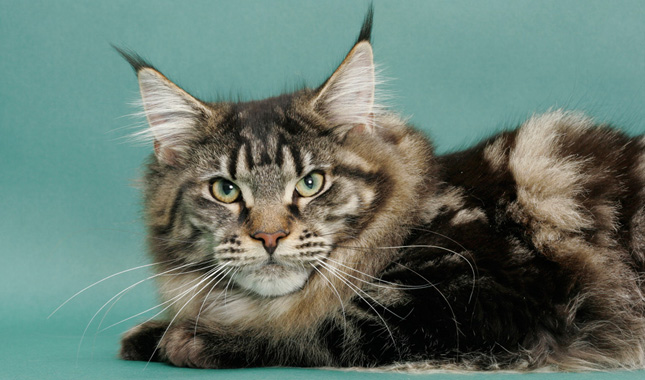 Can Maine Coons Be Small Cats?

When one thinks of the size of Maine Coons, the first thought that usually pops up is big, and rightly so.

Nicknamed ‘The Gentle Giants’ in the cat world due to their stereotypically large size, these cats have been recorded being up to forty inches long and eighteen pounds.

This begs the question though, do they all have to be large cats? We’re going to take a look and find out.

Are There Any Small Purebreds?

The short answer is no. On average, males weigh from 13 to 18 lbs with females weighing from 8 to 12 lb.

So basically the smallest average Maine Coon would still be as big or bigger than the average housecat (which is around 7 to 9 lb and 18 in).

The long answer is yes, although with stipulations. We’ll be getting into those but in purebreds specifically, it’s just statistically improbable to find one under the 8 lb mark.

If you own a purebred and they are underweight then it’s strongly advised to take them to the vet and make sure their diet is sufficient for cats of their stature.

Now if your definition of small is the size of a normal cat then everything is good.

However, in a perfectly healthy and purebred situation it is highly unlikely to find a Maine Coon that would be considered a ‘small cat’.

All of that being said, there are cases where the Maine Coon can be smaller than average.

This can occur in several ways, the primary way being mixing breeds.

Theoretically, you can get a cat with strong Maine Coon features by choosing from a litter of cats where one parent was a Maine Coon and the other was of a smaller breed.

However, finding one with strong enough features to be mistaken for a small Maine Coon would be a long shot as it is normal for attributes of both parents to be present.

This does happen though and there are several cat owners with males who are just 8 lb or in a few sporadic cases even lower.

Some possible breeds to look with mixing with would be; Cornish Rex, Oriental, Siamese, or even the American Curl.

All of these being breeds known to stay small to medium sized after maturing. Just be careful when interbreeding as not only will you be re-homing lots of cats assuming you breed them yourself, but if you’re buying from a breeder the costs can be super high.

Some purebred Maine Coons sell for over $1500, but are well worth it.

How Small Is A Small Maine Coon ?

From the research I can say about 8 to 10 lb is the smallest these cats will go unless bred with other breeds.

However, a lot of people don’t take into account that these cats mature in 3 to 5 years as opposed to the normal 1 to 2 years, so when they measure, those numbers will change.

Several cases of much smaller Maine Coons are out there but almost all of them are from medical problems, neglect, lack of proper food, or in a very small number of case dwarfism.

However, the odds of natural dwarfism or pituitary dwarfism are not only small, but cats with this type of dwarfism rarely tend to live full lives and are in constant need of medical care.

See, the pituitary gland (the gland that produces hormones that travel throughout the body) affects many organs and in cats with pituitary dwarfism, they may not only have a problem with the organs but hormonal problems as well. Not to mention problems inherent in a breed meant to be large, but ending up small.

After all, the Maine Coon is a stocky cat, thick boned and muscular in part to support its weight.

If you account for that, then smaller versions of the cat run higher risks of joint problems and mobility issues.

Some Examples of Small Maine Coons

In the case of one owner of a Maine Coon, they wrote how their cat had been abandoned from birth and roamed with ferals during its developmental phase until around 8 months old. It was picked up by a shelter and given some proper care but when finally re-homed was only about 8 lbs and sickly.

Another case tells of a Maine Coon being adopted from a friends litter and being remarkably small (only about 4 lbs and 14 in long).

However, this was a case of mixed breeds as was later shown through tests. However, the appearance of their cat was spot on with the normal appearance and build of a Maine Coon.

In another example, one owner noticed a runt in their most previous litter of purebred Maine Coons, when it reached adulthood the female runt was no more than 6 lb and 15 in long.

One thing to keep in mind is that most owners of small Maine Coons have a cat that is not a purebred, and there’s nothing wrong with that.

One owner writes that their cat was from a large father and small mother and now after 4 years sits at a comfortable 6 to 7 lb on a good day.

However, it also has allergy problems (which could be due to early diet and environment).

What Makes a Cat Small?

Always keep in mind that there are several factors that go into a cat’s development. Nutrition and the environment, stress levels, care and attention, litter size, parental size, and plenty more things can affect just how big or small your cat is.

So when you’re out looking for your Maine Coon don’t give up hope that the perfect fit for your home is right around the corner.

Check local shelters and re-homing facilities because the sizes of cats are just as varied as the sizes of people and the averages are just that, averages.

Also make double sure to check with your vet when getting a brand new kitten to make sure they get the proper nutrition and make sure they develop properly, not that you need reminding.

So as you can see, there are plenty of different ways that a Maine Coon can, in fact, be a smaller cat.

However there are also plenty of ways where they cannot. Just make sure when deciding on your cat you take into account all the care and love it will need to be the best it possibly can be.

10 thoughts on “Can Maine Coons Be Small Cats?”